Top Posts
Best Kitchen Knife Sets Reviews 2021 | Buying...
What is a Dado Blade– Who and Why...
How to Use a Dado Blade – (Setup...
How to Cut Concrete Pavers – Know Before...
Best Dado Blade Set Review 2021
Best Woodworking Clamps Reviews 2021
Screw Gun vs Drill | Which is Better?
Hammer Drill vs Rotary Hammer | Head To...
Plunge Router vs Fixed Base Router | Who...
Shaper Vs Router | Which One Should You...
Home Blog Screw Gun vs Drill | Which is Better?
Blog

If I asked you to name one power tool from the toolbox of an average house, what would your answer be? I’m a great mind-reader, but mind-reading does not work through web articles.

However, I can tell that there is a big chance of it being a power drill. It’s not telepathy; it’s just the drill is that common and useful. In this article, I’ll compare screw gun vs drill, and share my opinion on why you should (or not) invest in another tool.

What is a Screw Gun?

A screw gun is a powerful tool that is mostly used for… sorry, I’m not going to say it, help yourself guessing it.

A screw gun can be corded and work directly via electricity, or it may run via battery. Depending on the model, they may (or not) be reversible, thus able (or not) to unscrew already screwed screws.

Screw guns are specialist tools. They are not very common, or not so useful in everyday situations, but in their sectors, they are nearly unparalleled.

Many screw gun models allow automatic feeding of screws from long clips. If they are reversible, they can do a great job of removing the screws as well.

What Is A Drill?

I have a strong feeling that this one does not need much of an explanation. Almost everyone is familiar with a drill. I’ll go through briefly.

A drill is arguably the most common, as well as the most useful power tool. They excel at drilling holes through many tough materials. Like a screw gun, drills are also available in the corded and cordless form.

There is a good reason why the drill is so popular. They are more like a blueprint of a power tool. You can very easily convert your power drill into the power tool that you need. There are limitations, and it won’t be as efficient as the original tool, but it’ll get you by if you don’t want to invest in all of them individually.

Similarities Between Screw Guns And Drills

The screw guns and the drills, both are power tools, and both are available in corded and cordless models. They both usually use the same kind of motor.

Thus, power demands are also pretty close. With proper adapters, the machines are interchangeable; in other words, it is possible to convert one into another for temporary use.

Here’s the funny thing, if you were unfamiliar with at least one of the two, you would struggle at first to identify one in terms of appearance, I mean.

They both work in the same way and resemble each other very closely. Because of the same fundament, they have the same(almost) structure.

Differences Between Screw Guns And Drills

Despite the identical look, there is a lot to talk about their differences. Allow me to break things down.

Both the screw gun and drill use similar battery power (if cordless) or the same level of electricity (if corded). But there is a difference in their RPM output. A screw gun usually spins in the range of 6,000RPM, and a drill rotates in the range of 3,000RPM.

A screw gun spins much faster than a drill, but it delivers lower torque. In simple tongue, It delivers higher rotation, but each one is weaker when compared to a drill.

That’s understandable since the main purpose of a screw gun is not to bore through rock-solid materials, but the drills do from time to time.

An average screw gun has a slightly different chuck than an average drill. Although a drill bit is available, it’ll not be the same. It is not recommended to use a screw gun as a drill.

A screw gun provides lesser torque and using it as a drill will end up damaging either the bit or the device upon long term uses even in the slower speed mode (if that is available on your model).

A drill, on the other hand, is extremely versatile in that comparison. A wide variety of drill bits are available, and with proper speed setting, a drill can handle almost whatever you can throw at it.

But (yes there is a but), although screwdriver bits are available, they won’t be as efficient or fast as a screw gun, thanks to the automatic screw feeding mechanism of a screw gun.

To sum things up, a screw gun and a drill are very to each other in terms of appearance and mechanism. Although their purposes are different, they can be easily adopted into the other one.

In that case, you got to expect less. However, they both shine in their respective zone. Both the tools are small, light, and mobile. You can buy a drill with a few bits and call it a day but consider investing in both if you have to handle drilling and screwing somewhat regularly. 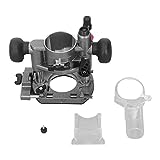 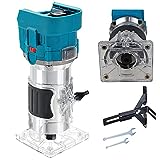 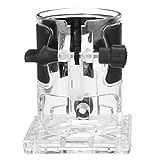